The Secrets of Land Surveying: How the Ancient Egyptians Started it All

A Glimpse into the History of Land Surveying

Land surveying has undergone several iterations and evolutions since it came into existence thousands of years ago. The development of technology changed how land surveying has been done throughout history. Whether you’re a fan of the profession or want to learn more about its development, this historical look at land surveying shows how technological changes have helped improve efficiency and shortened the amount of time it takes to collect data.

The Early Days: From the Egyptians to the Romans

The earliest record of land surveying dates back to Ancient Egypt, around 1400 B.C. During this time, the land was divided and mapped for taxation purposes. The Egyptians also developed the use of a plumb bob which was used to measure vertical angles and distances. This technique was effective but time-consuming. The Romans took land surveying to the next level by inventing a device called the groma, which could measure distances and angles for new roads and structures. With a more precise and faster collection of land data, the Romans were able to engineer roads that later became the backbone of Roman civilization. 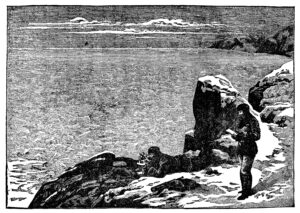 During the Middle Ages, surveying was mainly used for taxation and establishing land rights under the feudal system. William the Conqueror commissioned what is known as the Domesday Book, AKA the “Great Survey.” This work was a record of every parcel of land that was owned. It included boundaries, elevation characteristics, the landowners’ names, and any tenants using the parcel. The book was later used by land surveyors as a convenient reference to end disputes over land ownership and agricultural rights quickly.

Surveying was a complex task that required an understanding of geometry, trigonometry, algebra, and even astronomy. For this reason, land surveyors were highly esteemed and well-paid individuals in Medieval Europe.

During the industrial era, land surveying was in great demand, and the ability to collect land data quickly was crucial in developing cities, railways, and roads. At this time, the fabrication of new survey tools was possible and as a result, survey work became more efficient. 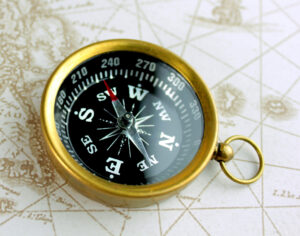 Through time the profession of surveying, thanks to advances in technology, has become more and more efficient. Distance measurements have transitioned from using ropes to dragging chains to pulling steel tapes to EDMs (electronic distance measures), which at the click of a button, can measure a distance.

The Introduction of GPS

Global Positioning System (GPS) technology, which relies on satellites, is pushing new limits in the world of surveying efficiency. Where an EDM depends on a clear line of sight to collect data, which may take some work here in the Maine woods, GPS does not, thus saving time.

In addition to the physical measurement of distance, onboard data collectors on total stations (the technology that houses EDMs) and GPS units have allowed for automatic data storage, instantaneous data manipulation, and click-of-the-button data transfer to computers, greatly speeding up efficiency. As you can imagine, pre-data collector, a tremendous amount of time was spent taking hand notes, reducing those notes by hand, and running various calculations by hand. 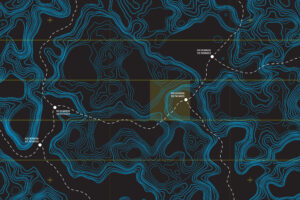 Back in the office, computers now enable surveyors to analyze, process, calculate and replicate data quickly, again all processes that were once done by hand at a much-decreased pace. And so, combining traditional surveying methods with advanced technology has allowed surveyors to measure and map complex landscapes with high accuracy and better efficiency than ever before. As technology continues to evolve, the land surveying profession will follow suit.

At Herrick & Salisbury, Inc., we take pride in operating the most current technology available to us as a commitment to producing high-quality, compatible, replicable, and efficient work for our clients.